Moving forward, Allies and which to take? 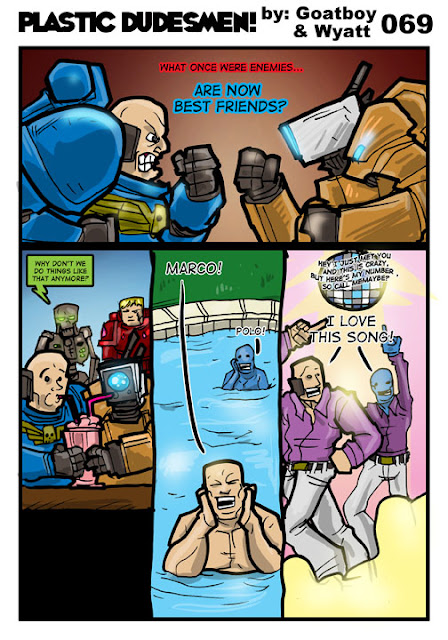 Now that 6th edition has been around for around 7th months and for most of that time I've either been playing straight Imperial Guard or IG with Grey Knight allies.

Imperial guard, i love my big guns and lots of shooting which is my favorite aspect of the game. Love my Soviet theme and everyone i play seems to get a kick out of it too.

Pros:
Big guns and lots of them
Manticores!
tons and tons of cheap troops

Cons:
All those troops are very squishy
nothing good for assault


Grey Knights, are my first army and i still enjoy playing them, my biggest problem is they're one of the most expensive "elite" armies point-wise and in a 6th edition world where having the most bodies on the board is the way to go going straight GK isn't that strong of a choice in my opinion.

Cons:
not battle brothers with anyone
expensive point-wise

The biggest reason to me to not take them is the lack of battle brother choices, don't get me wrong it makes perfect sense fluff-wise but being unable to target and be targeted by psychic powers hurts big time.


Necrons, i bought about 1500 points of Necrons when they first came out... and they've been sitting in my basement still in box ever since. I know they pair up well with GK and are strong codex, i just haven't gotten around to them and honestly haven't excited me as much as other options


Dark Angels, i love just about everything in this new codex, strong new options, cheap troop choices, the flyers and specialist speeders are garbage and overpriced in my opinion but I've got tons of bikes, troops and deathwing and I'm looking forward to trying out all the options.

Pros:
highly mobile army
battle brothers with most of my armies
really great diverse units
new specialist equipment options other codexs don't have access to (like infravisor for 5 points letting a whole dev squad ignore night fight)
awesome allies combos such as Azrael making a 50 man blob squad  fearless with a 4++ save

Cons:
i really don't see any glaring ones

I've got a lot of exciting ideas for them that pair up well with IG and with the resin bases, shields, shoulder pads and other touches I'm tricking them out with they are going to be an outstanding looking army.


Blood Angels, they have some exciting infantry, fast vehicles and strong dreadnoughts, not to mention some of the strongest HQs in the game.

I don't claim to be an expert on Blood Angels, far from it. All i know is they have some exciting unit choices and I'm itching to try them out. I've got 30 Horus Hersey era troops inbound from forgeworld, my plan was to use them as Sternguard and possibly paint them up with a Soviet them allowing me to use them as a pseudo Blood Angels successor chapter or Vanilla Marines chapter. I also have a couple more contemptor dreads on the way which will look great as furioso and death company dreads.

Vanilla Marines, again I'm no expert on vanilla. If i went with them over Blood Angels it would be because of Pedro Kantor making Sternguard troop choices. Possibly Ironclad dreads but i need to do more research.

Pros:
Scoring Sternguard? yes please
Unique Space Marine units not found in other codexs
Battle Brothers with most of my armies

Grey Knights: Definately allied detachment if i even take them

Imperial Guard: This is a much tougher one.. in primary i get to take 3 heavies which is arguably the best part of the IG codex. However with much stronger troop and elite choices elsewhere i think I'm going to have to relegate them to an Allied Detachment role

Necrons: I have no plans to assemble them and stick them in an army list but if i did it would likely be an Allied Detachment

Dark Angels: i think they need to be in a primary role, their HQ choices are best suited to be warlord and while i can't see me taking more than 1 heavy support choice i would be servery limited with only 2 troops and 1 elite or 1 fast attack.

Blood Angels: the problem with them being an Allied Detachment is the same as Dark Angels, BA also have strong HQ choices better suited for a warlord and i could easily take 3 elite slots with BA.

Vanilla: I'm positive they will be an Allied Detachment, the only real plan i have for Vanilla is Kantor with multiple scoring Sternguard and perhaps a dread or something.

Another thing is if i decide to go with Blood Angel or Vanilla Marines i plan on using drop pods, so i guess i know what I'm spending my store credit winnings from the doubles tournament on.

Posted by PhoenixFire at 9:42 PM

PhoenixFire
Rhode Island, United States
My adventures in the addicting hobby that is Warhammer 40k